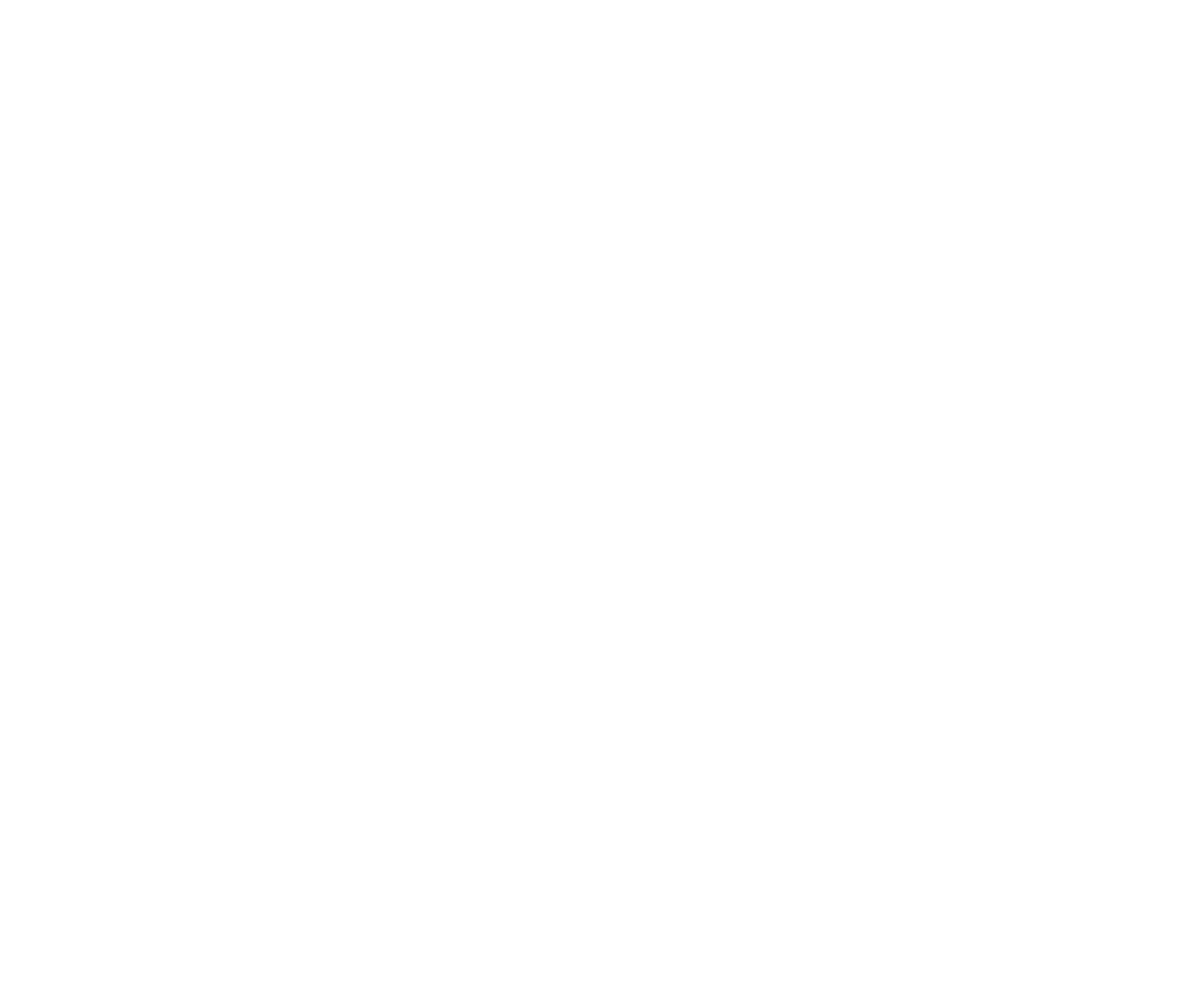 Status assigned to the candidate

The Ph.D. degree at Nazarbayev University is a four-year full-time lab-based program according to international standards. It is offered within the School of Medicine and is open to Master's students of different Life Sciences (such as Biology, Molecular Medicine, Biomedical Sciences, etc.) as well as MD students having completed a graduate program. The School of Medicine is in a unique position to offer this program as it has laboratory facilities as well as close links to the clinics in Nur-Sultan. This program aims to bridge the gap between basic science and medicine.

A student graduating from the International Ph.D. Program in Biomedical Sciences at the School of Medicine at Nazarbayev University will be trained to independently conduct scientific research in the field of biomedical sciences in an academic or industrial environment. Biomedical scientists may use their knowledge of biomedical research to:

The core element of the program is a biomedical Ph.D. thesis. In addition, Ph.D. students are offered a variety of key competence seminars (see the section CURRICULUM for more information). Each Ph.D. project will be supervised by one faculty member with the project lying in his/her area of research. A second co-supervisor will be allocated to each Ph.D. student.

The Ph.D. program will teach you important aspects of research such as grant writing, writing papers for publication, giving presentations on your research, and getting ethical approval.

Assessment of your progress will be done via annual reviews and progress reports as well as presentations of the work at NUSOM and conferences worldwide. Towards the end of your fourth year, you will concentrate on the writing of your Ph.D. thesis, which together with a thesis defense at the end of the fourth year will comprise your final grade.

After having graduated from our program you will be able to choose from a variety of different pathways. Our main objective will be to teach you to become an independent scientist enabling you to work as a postdoc in national and international laboratories gaining experience to ultimately set up your own research group anywhere in the world.

This is, however, not the only path you can take. Scientists with a Ph.D. in biomedical sciences are also sought after by centers of translational medicine as well as pharmacological and biomedical companies. You can also go into the health services working in and managing diagnostic laboratories. You can go into academia and become a university professor while doing research at the same time.

Or you can completely change track, become an employee of the government forging future research in Kazakhstan or join the editorial board of a scientific journal. There are many of possibilities- it is up to you to choose, which path you will follow.

Our graduates leave the university prepared to use their skills in the global medical community and locally in Kazakhstan:

Before applying it is good to inform yourself about research done at NUSOM and to contact NUSOM Faculty are working on your areas of interest.

Register on www.admissions.nu.edu.kz portal to create a Personal Account. Read the instructions about the application procedure given in your Personal account.

STEP 2. Complete your Application Form and attach the required documents

Fill out the application form and attach the required documents:

The application fee is paid online via your personal account with a bank card.

The amount to pay is 5 000 tenge. All application fees are non-refundable.

Check your e-mail for notifications from the NU Admissions Department and your personal account to learn about your application status.

If you experience any difficulties with the registration or online application, please contact info_admissions@nu.edu.kz. Refer to your IIN and/or Applicant ID while sending us your requests.

2. Master’s degree in a relevant discipline, or a terminal medical degree (MD or equivalent). During the application period final year students may submit official current transcript for consideration;

1) Overall IELTS test score of 6.5 (with sub-scores no less than 6.0) or the equivalent TOEFL (except Home Edition) score as posted on the ETS website;

2) Candidates can be exempted from submitting the language proficiency test report if:

– one of their earlier academic degrees was earned in a country with English as the language of official communication, academic instruction and daily life;

– an undergraduate and/or graduate degree was earned in a program which was officially taught in English.

5. Relevant research interest and knowledge of research subject as demonstrated in a written Project proposal.

List of documents to be submitted by the applicants

2. National ID (for the citizens of the Republic of Kazakhstan) and passport (for international applicants);

4. Degree diplomas (Bachelor’s and Master’s or equivalents) with transcripts;

During the application period final year students may upload an official current transcript for consideration;

5. An official electronic IELTS/TOEFL (except Home Edition) certificate (valid at the time of document submission) sent to the University through IELTS/TOEFL VERIFICATION SERVICES. Code for IELTS: Nazarbayev University. Code for TOEFL: 6762;

6. Document confirming English as the language of instruction (only for candidates who earned their degree in a program that was taught in English and request an exemption from submitting IELTS or TOEFL). A candidate must indicate Nazarbayev University as a recipient when registering for the test. In case the candidate passed the test earlier, he/she can contact the test center and indicate Nazarbayev University as a recipient. Candidates can provide an official electronic score report of valid Academic IELTS or TOEFL IBT certificates from the Test Administrator and its scanned copy;

9. Evidence of any professional and/or voluntary experiences that develop essential skills related to laboratory work;

10. Two confidential reference letters in English (or with notarized English translation) written within the last 12 months (to be provided by referees electronically or in hard copy);

12. Document stating the presence or absence of a criminal record;

The final deadline for submission of IELTS/TOEFL, GRE/GMAT certificates:

The start of orientation week (for newly enrolled students): August 2023

Status assigned to the candidate

Application in processing. This is interim status, which means that the application is being processed. Admissions Committee will evaluate the application and inform the candidate on further steps/stages. Notification on final results will be sent to your email address.

Disqualified. The status is assigned to candidates who are disqualified for gross violations of the conditions of the competition. For example, provided deliberately false information.

Waiting list. The Admissions Committee has finished reviewing the candidate’s application and made a decision to put you on a waiting list. Such candidates should expect notification from the University, as there is a possibility that if other candidates reject to study, they may be sent an invitation letter to study.

Recommended for admission to program. Admissions Committee has decided to recommend candidate for the program without going through the NUZYP.

Withdrawn. Candidate decided to withdraw from the competition.

Accepted Program admission offer. The status is assigned to candidates who received offer letter, signed Enrollment confirmation form and fulfilled all the сonditions of the University indicated in the offer letter.

Accepted NUZYP admission offer. The status is assigned to candidates who received offer letter to NUZYP program, signed Enrollment confirmation form and fulfilled all the сonditions of the University indicated in the offer letter.

Refused admission offer. The candidate was recommended for admission, but refused to study.

Deferred. The status is assigned to candidates who were accepted for the program, but decided to postpone their studies until the next year.

Did not submit the documents/Refused. The status assigned to candidates who did not provide originals of the documents by the stated deadline, which means that the candidate refuses to study at University.

Did not come to Orientation week/Refused. The status is assigned to candidates who accepted the offer letter, provided hard copies of documents, but did not participate in Orientation week. The vacant place, if available, can be offered to the candidates in the Waiting list.

Enrolled to program. The status is assigned to candidates who enrolled to the main program by the Decision of the Provost. Candidate officially became a student.

Enrolled to NUZYP. The status is assigned to candidates who enrolled to the NUZYP program by the Decision of the Provost. Candidate officially became a student.

The Ph.D. in Biomedical Sciences is a lab-based program with most of your time spent on research. In the first 2 years, you will have accompanying core courses and electives (see schedule below). Additionally, you will be attending our NUSOM seminar series throughout the 4 years of the program.

Need advice?
Leave your contacts and our admissions managers will contact you soon.
The application period for 2023 - 2024 will be closed after
Days
Hours
Minutes
Seconds